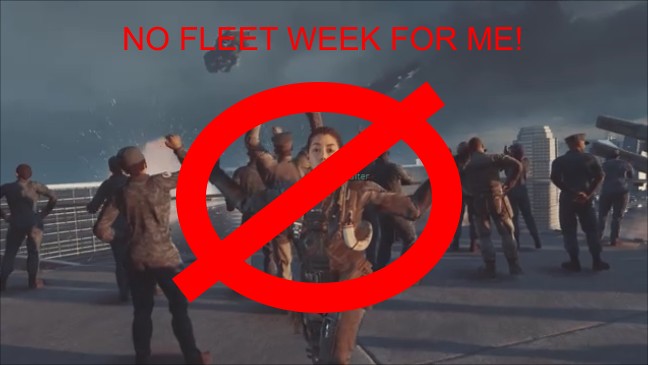 After having a video up on Youtube for all of 24 hours Activision calls issue with me monetizing the content.  They picked a random area of the video that was cinematic and had no talking and said that I could not monetize this video because of it.  Well considering the ENTIRE video except for the parts in which I speak glowingly about how much I LOVE the campaign are all owned by Activision I don’t really understand the problem.  Anyway, I guess THIS is the reason I haven’t seen any videos on the campaign on Youtube.  Because NO ONE who NEEDS to make money off their content will leave their content up if it cannot be monetized.  So I guess all the work I did on editing these videos has gone to waste and I have IMMEDIATELY stopped doing ANYTHING for this game.  I guess this is better for Activision.  Now I won’t be talking up the campaign or ANY PART of the game anymore.  Sorry to everyone who didn’t get to see this video.

We will just move on to the next game.  It’s too bad that REALLY the ONLY thing about Call of Duty Infinite Warfare worth playing is the part I can’t show, i.e. the Campaign.  I will remember this one Activision.  I just don’t see the reasoning.  But I definitely am not doing videos for free.  I know you aren’t making games for free either, so I guess you will understand.

Haven’t decided what’s next for the channel or the videos yet to come.  But don’t worry, I’m sure it won’t be long….

View all posts by Hadestimer